Civic Assistance Committee is the first non-profit charitable organization aimed at helping refugees and forced migrants. It was set up in 1990 before the establishment of the Federal Migration Service.

From the outset, the organization has acted as mediator between migrants and official structures providing the former with legal assistance (including in courts), defending their social rights as well as offering humanitarian aid to those in need.

The Committee maintains relations with all the structures dealing with the challenges forced migrants face: migration, educational, social services, health departments, prosecutor’s office and the police. 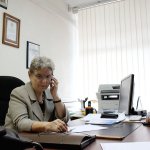 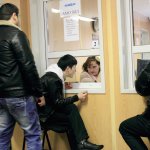 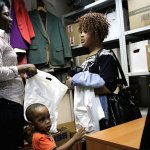 Civic Assistance Committee is a regional charitable organization aimed at helping refugees and forced migrants. The Committee was set up in 1990 by a group of Muscovites to help victims of Armenian “pogroms” (violent attacks) in Azerbaijan, who were the first refugees following the start of “perestroika” and the downfall of the USSR.

We are a non-governmental (NGO), charitable and human rights organization.
We have different professional backgrounds, there are men and women among us, some of us are retired, others are students, there are both Muscovites and former migrants in our organization.

We help migrants. We provide them with humanitarian aid, assist in helping them receive social benefits and defend their rights. We offer professional legal advice and help them to protect their rights and interests in courts, we try to draw the attention of the government and society as a whole to the problems migrants face.

Until recently, we have assisted only forced migrants: refugees, forced immigrants to Russia from other countries and internally displaced people. Among our beneficiaries are refugees from CIS and other countries outside the CIS. We do not discriminate on the basis of nationality, gender or age. Since 2007 we have been helping labor migrants as well.

The downfall of the USSR, armed conflicts, persecution for beliefs and ethnicity in former Soviet republics, in neighboring countries as wells as inside Russia brought about a situation where large numbers of people escaped to Moscow and other Russian regions in search of security. Federal and municipal authorities have changed their attitude towards migrants over the last 20 years from a careful and partial recognition of the need to help migrants to a de facto denial to solve the problem. “On migrants” and “On forced migrants” laws issued in the past 20 years and obliging the state to provide assistance to forced migrants do not work, whereas anti-migrant norms (e.g., law “On legal stay of foreigners in Russia” etc.) are in full force. Common people influenced by mass media and official positions have also changed their attitude toward forced migrants from sympathy to hostility. For this reason we believe it is necessary to help migrants.

We are based in Moscow. There is a reception room for migrants from Moscow, Moscow region and other regions. Also, the Committee conducts different humanitarian, peace-building and educational projects in the North Caucasus. 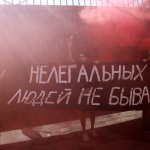 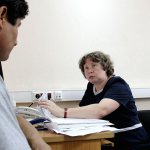 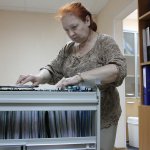 How We Help Migrants

People come to our Moscow office and tell us about their problems. We also visit people during our humanitarian field trips to camps and places of compact settlement.

When we understand that a solution to a certain problem is possible via urgent material help (in form of money, medicine, food, train or plane tickets), we help to the extent possible. If a migrant is in need of treatment but is not entitled to free-of-charge medical help due to his/her legal status, we address either doctors helping us on a volunteer basis or municipal health departments.

If a migrant faces a problem of legalization (getting a refugee status, residence permit, citizenship etc.), has no access to state social help, education or has other problems, we assist them in finding a solution and apply to organizations responsible for solving these problems.

If a migrant needs legal advice, we send him/her to our partners, including lawyers from Migration and Law Network of Memorial Human Rights Centre.

First of all, we get help from common people like us that is why we are called Civic Assistance: volunteers who participate in our work, people who bring clothes for those in need, offer refuge and jobs for them.

Also, we get assistance from Moscow Government which rents out the office building to us at preferential rates.

We work closely with other NGOs and especially with Memorial Human Rights Centre whose lawyers come to our office to offer legal advice to migrants.

Doctors from partner medical centers provide free aid to those in need.
Also, we get help from organizations which provide migrants with free food, clothes, hygiene products etc.

First of all, we are supported by United Nations High Commissioner for Refugees who has financed our “reception project” since 1998.

Humanitarian Aid and Civil Protection (ECHO) European Commission financed our relief programs for the wounded and sick from Chechnya in 2003-2008.

In order to help migrants solve their problems, we cooperate with the Ombudsman of Russia, federal and Moscow authorities (Federal Migration Service and Moscow Health and Social Benefits Departments, consequently) as well as Moscow Region and Republics of the North Caucasus (Chechnya, Ingushetia, Dagestan, North Ossetia) where we carry out several projects.

If you want to help refugees or migrants, you can do this in a number of ways:

You can donate money to migrants in general or to somebody in particular, to the Committee itself for a certain project indicating the goal of your donation.