The retiree left Karabakh with a Soviet document shortly before the collapse of the Soviet Union and turned into a stateless person in the view of Russian bureaucracy. 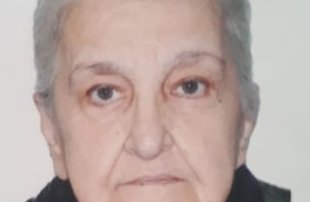 Aida Davidovna is 78 years old. A short while ago she finally became a Russian passport owner. It took her 18 years to receive the document. The passport will allow Aida Sarkisova to apply for disability benefits as well as retirement benefits. She does not, however, have any energy left to attend all the necessary authorities: “It will only work out if my daughter takes on all the paperwork; but even then, I need to make it to a notary to issue a power of attorney”, sighs the retiree.

Aida Sarkisova is a Baku Armenian, a victim of the Karabakh conflict. She fled to Moscow with her two sons back in 1989. Her daughter lived in Moscow at the time, so accommodation was not an issue. Now, they need to start earning a living as soon as possible, and all the Sarkisov family members who arrived in their new home were involved. Aida Davidovna got employed as a secretary with an enterprise, her sons found part-time jobs. Almost immediately all of them applied for asylum. However, once they came to collect the papers, they were told that the documents had been ready for two weeks and that they “were late and now had to bring a TV set to receive the papers”.

“My son was outraged. We left and never came back”, recollects Aida Davidovna.

The son left for Stavropol Krai, later on, he was granted Russian citizenship there, but it took the mother many long years to win her fight for the document in Moscow. Azerbaijan would not issue any documents to Armenians, the requests for a birth certificate made to the civil registry office were steadily left unanswered.

The Civic Assistance lawyer Rosa Magomedova filed an appeal with the Directorate for Migration against the issued opinion, as well as against the refusal to establish the fact of Aida Davidovna’s residence in the Russian Federation as of 1 July 2002: the refugee had not left the territory of Russia since 1989. Finally, Aida Sarkisova’s case was reviewed and she obtained a Russian passport.

Throughout years of struggle, Aida Davidovna lost both her sons, changed several places of residence, had to leave work due to health issues. If it had not been for her daughter and her grandchildren, she could have ended up spending her elderly years in extreme poverty on the streets. Due only because two states could not decide for 20 years on whose citizen the ex-Soviet national was.

Baku refugees were the first applicants of the Civic Assistance Committee. Many of them were granted citizenship long ago. Unfortunately, some continue living without necessary documents and with no roof over their heads.