Sulaimon Saidov, a citizen of Tajikistan, filed an application with the European Court of Human Rights concerning inefficient investigation by Russian authorities of the criminal case on his attempted murder, in which the motive of racial and ethnic hatred was disregarded. 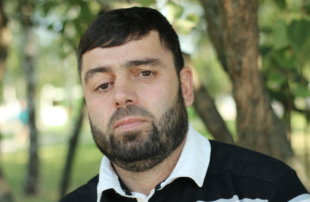 The attack against Sulaimon Saidov took place in the spring of 2016: on the afternoon of 8 April, between the stations “Novye Cheryomushki” and “Kaluzhskaya”, a Moscow resident, Sergey Tsarev, fired multiple shots in the head and stomach of the man from a close distance with a non-lethal gun. Tsarev had initiated a conflict with Saidov’s nephew, 18-year-old Muhammadjon. He uttered several offensive xenophobic statements: called the young man a “black ass” and claimed that the metro car was for Russians only. Before shooting, Tsarev said directly, “In three minutes, you will no longer be here: I am going to kill you”. Saidov was provided medical assistance immediately, which is the only reason why he survived. He underwent several expensive surgeries; cranial trepanation was carried out in order to remove the stuck bullet, his right eye was removed and an implant was inserted that needs to be replaced every year. Caring people helped the Civic Assistance Committee collect the money to cover the medical expenses for Saidov. However, due to the harm caused to his health, Saidov still suffers from severe headaches, he cannot work and provide for his family; a wife and four children.

In August 2018, Cheremushinskiy District Court of Moscow sentenced Sergey Tsarev to ten years and three months of imprisonment in a maximum-security facility. It was the first criminal procedure involving a jury panel in a district court in Moscow.  The respective amendments to the Criminal Procedure Code took effect on 1 June 2018, earlier only regional courts could hear criminal cases with a jury panel.

The criminal case against Sergey Tsarev was heard by a panel of six jurors, who pronounced him guilty of attempted murder and not deserving indulgence (part 3 article 30 and part 1 article 105 of the Criminal Code of the Russian Federation).

An important feature of Saidov’s case is complete disregard of the motive of racial and ethnic hatred despite the witness statements, motions and complaints of the aggrieved party. The Civic Assistance lawyer, Abu Gaitayev, who was defending Saidov’s interests, filed a motion to consider the motive of , but the motion was dismissed by the court, despite the fact that under the Criminal Code of the Russian Federation, this motive in relation to a social group may either be considered as an aggravating circumstance (para. “e” part 1 art. 63 of the Criminal Code) or as a qualifying feature (for instance, para. “л” part 2 art. 105, para. “e” part 2 art. 111, para. «e» part 2 art. 112). The European Court of Human Rights has pointed out repeatedly in its judgements on similar cases that national courts have an additional duty to determine whether the factor of ethnic hatred had a role in the commission of a crime.

For Sulaimon Saidov, it was important that it was recognized that the hate served as the reason of the attack, which is why he filed an appeal against the district court decision with the Moscow City Court, however, in the second instance, the court upheld the decision of the district court. The Civic Assistance lawyer defending Saidov filed an application with the European Court of Human Rights concerning violation by Russian authorities of several articles of the European Convention on Human Rights, which was ratified by Russia in 1998, in investigation of Saidov’s case. Saidov is disputing the efficiency of the investigation and the adequacy of the punishment for the attacker (articles 2 and 3 of the Convention), the absence of the motive of racial and ethnic hatred in the court decision (art. 14 combined with art. 3 of the Convention) and refusal to hear a civil action on reimbursement of non-pecuniary and pecuniary damages (art. 13 combined with art. 2 and 3 of the Convention).

According to Saidov’s attorney, the recognition of the motive of racial and ethnic hatred by the state as represented by law enforcement authorities is important not only for the victim of the attack but for  Russian society as a whole. Disregard of the qualifying feature by the court when rendering a decision on a crime against ethnic minorities creates an atmosphere of impunity in the society. The victims do not seize the police thinking that it is useless, and nationalistic and radical circles strengthen their position. Without keeping record of hate crimes neither the authorities nor the civil society has real statistics on such crimes, and therefore, a clear vision on the extent of the problem in the country. Civic Assistance Committee has kept track of hate crimes since 2014. The interactive hate crimes map is updated online: any the cases of violence of which the Committee learns from the victims, from the mass media or from the official websites of regional MIA departments are marked on the map.