State Duma passed amendments to the Federal law “On citizenship of the Russian Federation”. 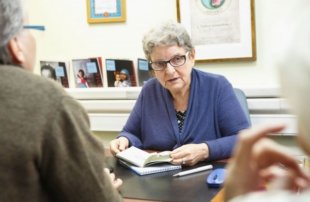 According to new amendments, the president can identify the people who are to obtain Russian citizenship through a simplified process. Compatriots who join the state programme of assistance to voluntary resettlement to Russia will be able to apply for citizenship if they are registered at the place of stay (previously they had to have registration at the place of residence).

As explained in the commentary to the law, Russian citizenship will be granted to those who, first and foremost, currently hold citizenship of countries with complicated sociopolitical and economic situation which suffer from military actions or unconstitutional change of political regime.

The simplified procedure as per president’s order means that

— you do not need to have lived in Russia for 5 years;

— you do not need to demonstrate a legitimate source of funds;

— you do not need to drop your current citizenship;

— you do not need to prove knowledge of the Russian language.

Although members of the state compatriot resettlement programme will still have to renounce current citizenship.

As highlighted by the chairwoman of the Civic Assistance Committee Svetlana Gannushkina, the president already has the right to grant citizenship if he deems it necessary, “which he is successfully doing by giving it to football players, ex-actors. So there is basically nothing new”.

“I am afraid that such law will be used as restrictive as if only the president can decide who is to acquire citizenship. That would be bad. I have known the president’s stance on the matter for a long time now. He conveyed it to me in person back when I was in the Presidential Council for Civil Society and Human Rights and we were discussing migration issues. The president said then that we needed certain migrants who must be Slavic, young and well-educated. I also believe that we need such people to come to our country. But I do not believe that that should be the extent of our approach to migration”, explains the rights activist.

Concerning the possibility to join the state resettlement programme with registration at the place of stay, Svetlana Gannushkina is “very happy that it was finally vocalized. We’ve been saying that it had to be done ever since the programme was launched. Registration at the place of residence is a stumbling block. Too many people abandon the idea of Russian citizenship because of it”.